FILL IN THIS FORM NOW FOR A FAST CALL BACK

Ant control in the Kent area 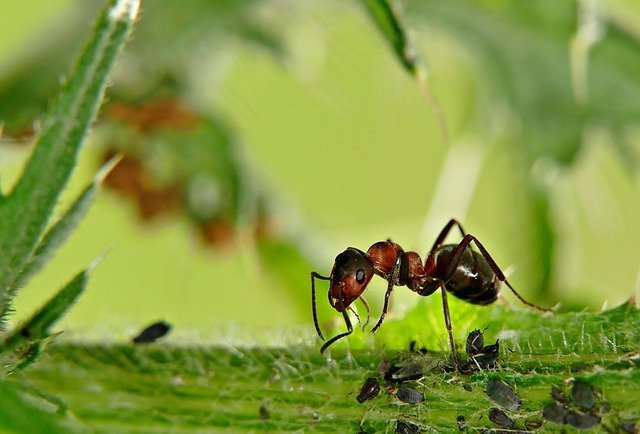 We offer professional ant control and removal in Kent

In a recent survey of homeowners, it was found that ants are one of the most exasperating pest. They were also ranked as one of the most difficult to get rid of. It’s easy to see why. While ants may be tiny, they make up for it with other qualities.

The most important of these qualities is their ability to dig subterranean tunnels. Unless you’ve studied this topic, you’ll have no idea how complex these tunnels can be. Ants are capable of digging to depths you cannot possibly imagine. The problem with this, is that it makes them seriously difficult to get rid of if they have invaded your garden. Ant hills will ruin your lawn and the problem will gradually get worse as the colony grows.

The main difference between ants and other insects, is that we can access other insects more easily most of the time. If there are insects in your home, all we need to do is fumigate or employ heat treatments. This simply isn’t the case with ants. Due to the depth of their nests, and that they generally live outdoors,  they are often very hard to get at. What this usually means is that you will need specialised tools and professional help to get rid of ants.

Another issue with ant colonies is their sheer size

Ant colonies can often number in their tens of thousands or even millions. These insects also breed like there’s no tomorrow. For example, Queen ants can produce more than 1000 eggs per day. This is simply another reason why ants are so difficult to tackle.

These pests can also store up gigantic larders of food. That’s why ants sometimes seem to go dormant. It’s not because you’ve got rid of the ants, it’s that they have more than enough food for now. Wait a couple of weeks, and the ants will be marching across your kitchen again.

So, what needs to be done to get rid of ants?

For starters, you should keep your home – and especially your kitchen – in ship shape condition. Unfortunately, for most people this is impossible. We’re not saying that you can’t keep your home clean. No, the issue is that it’s virtually impossible to remove 100% of food particles. Ants can survive on even the smallest crumb.

Even if the tiniest piece of food is left behind, ants will more than likely find it. No matter how sanitary your home is, ants can still become an issue. This is why the majority of people will eventually need professional ant control and removal. You may be tempted to use DIY methods, but unfortunately these are largely ineffective. Those so called, “natural” ant repellents are also largely ineffective and a waste of time and money.

Today’s ant poisons often act as a type of bait. As we’ve said, ants can hide out in their underground caverns for prolonged periods of time. This is why simply spraying pesticide in your property is less than optimal. Modern ant poisons are designed to be taken back into the colony. It’s at this point, when the bait is actually eaten, that the ants die and the colony collapses.

We have access to advanced ant fighting technology. An ant invasion isn’t a problem you have to put up with anymore. If you’re sick of ants crawling all over your kitchen, and can no longer stand the sight of them, then give us a call today for professional ant control in Kent.