FILL IN THIS FORM NOW FOR A FAST CALL BACK

Wasp control in the Kent area 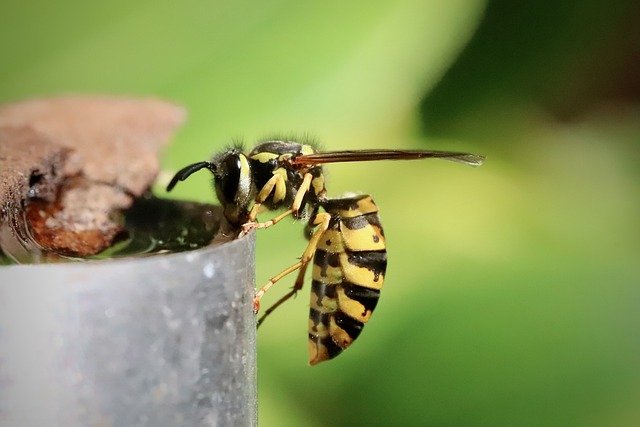 Here at Pest Exterminators Kent, we specialise in the removal of wasps and their nests. You see, while the occasional wasp poses no threat, these insects can become dangerous if there are many of them.

This usually becomes an issue when the wasps build their nest near, on, or inside of your home. When this happens, the wasps may start to see your home as their territory. In this case, they can become extremely aggressive and territorial. The wasps will not hesitate to sting you if they feel that you have entered their space. This may become a serious problem if the wasps are repeatedly entering your home, which will happen if a wasps’ nest is located close by. Remember, wasps are also attracted by sugary foods that may be in your home.

Wasps’ nests can cause significant damage

Wasps will usually find an undisturbed spot for their nest. Property damage generally happens when the nest grows to a certain size. The bigger the nest, the more damage it will cause. The reason for this is because wasps’ nests are extraordinarily tough. Their nests are made from a type of natural concrete and bond to whatever surface they are attached to. This basically means that you often cannot remove the nest without causing significant damage to parts of your home.

Wasps may also start to chew into whatever the nest is attached to. This can include wood, concrete, ceilings or walls. This can result in structural damage.

Why you should never attempt DIY wasp control

The majority of people do not take this problem seriously. They believe that getting rid of wasps is as easy as knocking the nest down. They think that doing this will make the wasps simply fly away. Unfortunately, they don’t. They often become very angry and may even attack.

Apart from this, wasps are attached to the location where the nest was positioned. After all, the location was first, before the nest. This means that while they may temporarily leave the area, they are bound to come back. This is often why you see wasps’ nests appearing in the same place year after year.

Something else that you desperately need to avoid, is setting fire to the nest, or spraying it with water. Neither of these will actually kill the wasps. The insects will simply exit the nest, swarm, and begin to sting you. If this happens it can become a serious matter.

Why wasps pose a danger to Kent residents

What many people don’t know is that wasps are not like bees. They do not sting you once and then die. Wasps can sting you over and over again.

Not only is this profoundly painful, but you may also be allergic to their sting. It’s impossible to know this unless you’ve actually been stung before. And, because many people have never been stung by a wasp, they won’t know until it’s too late. Multiple stings, caused by many wasps, are also dangerous for anyone, and can result in being hospitalised.

We know the safe way to remove a wasps’ nest

For all of these reasons, it’s a far better idea to let the professionals handle this problem. This is especially true in the case of extremely large nests. We have the necessary equipment needed to rapidly eliminate the wasps and also make sure they are unlikely to return. We also have personal protective equipment that prevents us from being stung.

While it may seem easy to remove a wasps’ nest, it really isn’t. This is actually one of the most dangerous pest control jobs. Leave things to people who know what they are doing by contacting us today for safe wasp removal in Kent.